If you’ve been with me on this journey somewhere over these 130+ blog posts, you’re intimately familiar with my thoughts, and the specific love and admiration I have for all things family.

You’ve met the individuals who I consider the titans of our little tribe, many of them more than once: my Nonna, who arguably is the reason I started putting my fingers to a keyboard. My great aunt, also my godmother, dubbed the “Last Sicilian.” You’ve met Dominick a number of times, as well as Mariano and Antonio.

All amazing people, with equally amazing stories, that I feel compelled to share with you.

But there is one glaring omission: one that has gone for far too long and needs to be rectified.

This sin of omission happens, perhaps, for the lack of key memories. This family figure passed away when I was just a boy, not even yet a teenager.

I called her Aunt Carmel, but Carmela Tagliarini Prezio was my great aunt, my grandmother’s sister, who came here with her sisters as part of the immigration wave of Southern Italians and Sicilians to this country.

Between around 1880 and 1924, more than four million Italians immigrated to the United States, half of them between 1900 and 1910 alone—the majority fleeing grinding rural poverty in Southern Italy and Sicily.

My “Aunt Carmel” had such a giant personality and family care taking instincts that she had a chance to supplant her sisters, my grandmother and godmother, as being my favorite. She just left us a little too soon to find out. 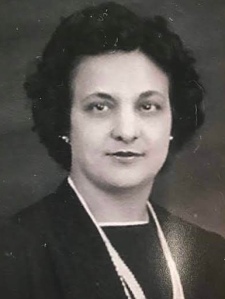 Her story (and their story) emigrating to the wintry slop of New York from sunny Sicily, is a dramatic one. Although I believe the connection between Italians and organized crime is an overblown stereotype perpetuated by Hollywood cinema, a true crime story was happening in Sicily to drive my grandmother’s family out.

My great-grandfather, Calogero, was running a warehouse for the government in Sicily. The local branch of organized crime targeted him as a revenue source, which he had no interest in complying with. The situation became more extreme with a warning gunshot to my great grandfather’s foot, and the future decision was made to flee Sicily when they could.

Aunt Carmel was like many other Sicilian immigrants: hard working, entrenched in her faith, and centered around family. There were mighty struggles, and good times, throughout her life. Her husband, Anthony Prezio, carved his path as one of our family’s first entrepreneurs (and restaurant owners) after holding a series of jobs.

If you’re familiar with immigration history, many of those that came to America (Irish and Italians included) were offered only the most menial, sometimes dangerous, manual labor jobs.

For some Italians, the only way for upward mobility was to start a business, in an attempt to control their own destiny.

My connection with Aunt Carmel was a close one, as the family was tight knit, living on the same block on the same street, as many immigrants were to do. My grandmother lived directly across the street, so us kids would bounce back and forth between houses as necessary.

The most consistent memory of my aunt was as I was coming home from elementary school for lunch, stopping at her house to be fed. Since my parents and grandparents were working outside the home, Carmela invited me into her’s for many wonderful meals.

Her specialty  was a toasted cheese sandwich: not a grilled cheese, mind you, but a cheese sandwich made crunchy and melty within an actual toaster oven. Fantastic.

Being the spoiled child that I was (remember, I had more than a couple of Sicilians to provide meals, making sure I was well fed) I remember asking her if we could have something else after a long succession of lunch time toasted cheese.

Looking back on my adolescent complaint of “toasted cheese, again?”, I would love to travel back in time, just to have one more of those sandwiches.

But the sandwich is only symbolic, wouldn’t you say?

To my younger self, that sandwich meant comfort, safety, security. A place to turn where there was nowhere else to go, however temporarily.

Carmela, along with her sisters Rose and Nicolina, represented all that was right with the world. Whatever trivial matters could go wrong in the life of an adolescent me, they were the port of refuge that provided that comfort and security.

And that was the ladies. The men, once they came home, reinforced it all.

It’s said we are a country divided, here in 2020. It’s thought very few of us can be trusted, and we’ll need those sources of comfort and security to believe that, as in the early 70’s at Carmela Prezio’s kitchen table, “all is right with the world.”

More than that, reflection on the generosity, faith, and kindness they all displayed instill in me the belief that we aren’t really divided at all: just a little lost, and trying to find our way.

Aunt Carmel passed away when I was only 12 years old, so our relationship never really had a chance to blossom fully, but we are kindred spirits even now as she enjoyed writing her thoughts down as much as I do. And her sisters were the gift to me that kept on giving.

It’s with the memory of their guidance that I use to find myself, each and every day.

Like this article? Please share on your favorite social media channel. Or better yet… read some more, with the related content below. To be notified of future posts, please enter your email in the space provided. And feel free to leave a comment below!