What was I going to do? Toss him the keys? Or let him fend for himself?

I had my car keys in my hand – my vehicle, parked in a lot, was free of obstruction. My father wasn’t so lucky. His station wagon was blocked in by another car, probably parked there by an overzealous college student who needed his first – or last – drink of the night.

My friend Bruce, who would share bar tending duties with me on Friday nights in my family’s restaurant, was standing next to me. He waited patiently for the decision that seemed mundane, but in retrospect set my life on a wildly different trajectory.

It was late, after midnight, and it was a long day. But the decision was easy. I exchanged keys with my dad, and he drove away minutes later. With my ride home still blocked in, Bruce and I ventured across the street to a local watering hole, where one of his friends would walk through the door moments later. 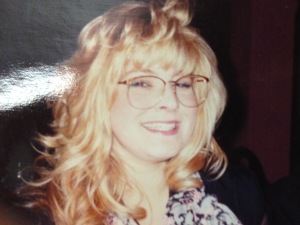 His friend was an attractive blond, with grey eyes and cutting an impressive figure in a white shirt, blue jeans, and dark blazer. I was smitten immediately.

Our modern sensibilities give us reasons to not believe in fate, or books of life to be written. Many believe everything is random, and that life follows no pattern or, at times, makes no sense.

Being brought up in an Italian American family with a strong Roman Catholic faith and belief, I was taught that very little is random. There are no coincidences. Everything happens for a reason, and it’s all related – no matter the opinions of the masses.

Although meeting my future wife on that April night seemed a random stroke of luck, we look back at other details of our lives and are convinced that a master plan was in place. Higher being? Who knows. I believe, but convincing others of your beliefs these days is dangerous territory.

Before that night, we were forever in the same place, at the same time, without ever meeting. She would be watching the neighbor’s kids (my parent’s next door neighbors) just a backyard away. We would be in attendance at the same rock shows – at the Palace, SPAC, SUNY Ballroom – more than likely just a few rows from each other, but never meeting. She worked in an Albany nightclub that I frequented, but we never crossed paths.

It took a mutual acquaintance to get us together, in a late night dive bar, where people meet for nothing but salacious and intoxicating reasons.

It was the type of beginning as improbable as being in the same area multiple times, but never, ever meeting.

All these years later, I think about that college student parking his/her car. What nerve. What an annoyance. What a godsend. Whether you believe in such things or not.

A week before Christmas, my wife and I raised wine glasses to toast our twenty fifth wedding anniversary. To be sure, it’s recognized universally as achievement of a milestone – but as I’ve written before, it seems we may just be getting started. 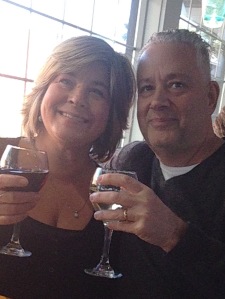 A long time to be married in our families is forty, fifty, and even sixty plus years – our 25th is a drop in the bucket, a warm up routine in the game of marriage that we both hope to be playing for many more anniversaries to come.

Like this article? Please share on your favorite social media channel. Or better yet… read some more, with the related content below. To be notified of future posts, please enter your email in the space provided along the right sidebar.