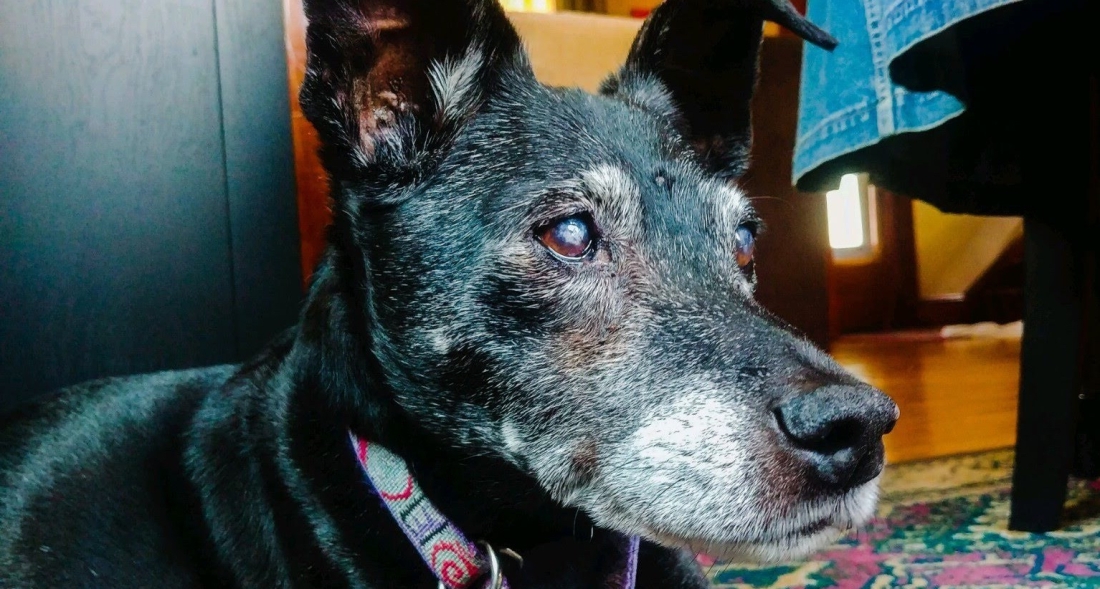 During the countless cups of coffee and morning chats on our back deck, it seemed that my wife and I always had company. It was rarely our kids, who were either in school or sleeping (if the weekend), but a boy named Cooper.

Cooper, at his best fighting weight, was anywhere from 36 to 40 pounds of pure muscle covered with a coat of black fur. A terrier mix, he was a pup that my daughter (with my wife) rescued from our local Humane Society.

My daughter, who was 11 years old when she picked Cooper out of a line up of dogs waiting for a home, selected him because he stood at attention, wagging his tail with his head cocked while looking at her.

“Look at him, Mom – he’s such a good boy,” she would say that day. It was to be the first of many Oscar caliber performances from our new pet.

We Called Him “Houdini”

He was our best friend, but at times his own worst enemy. At his weight, he was a small canine, but with the heart of a lion. Relentless, a savage protector of his family and property. If you came within 500 feet of my house, you heard the warnings.

He was a master escape artist – hence the nickname – somehow squeezing through closing doors and slipping off leashes. Swift, cunning, bold and misbehaving. We’ve never seen a pet quite like him.

He was an anxiety ridden, aggressive alpha male who let you know he was in charge, whether in the house or yard. 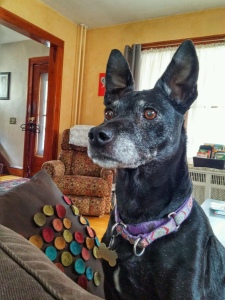 His stories of misbehavior and destruction will entertain us for years to come. The infamous Christmas Eve rampage, where he ate an entire tray of baked cookies while shredding a barricade of wrapped gifts (all of which were on a dining room table) is deserving of its own special holiday post.

Although he created his own special brand of trouble, nothing but unconditional love spilled from that massive heart for his large network of family and friends.

Relentless Until the End

Cooper’s life was a never ending search for food, looking for trouble, and chasing bunnies. We had hoped that the end of his story would be like a movie script ending – he would lay on his bed space one last time at night, and not wake up with the morning sun.

But that wasn’t Cooper, he was too relentless to just lay down and quit. If he was finally going to lose a fight, he was going down swinging.

For years, Cooper roamed and ran through our large back yard. He played with our kids 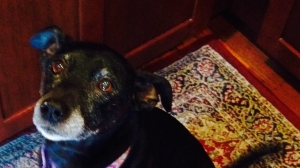 as they grew, tirelessly pursued lightning quick rabbits, and ran to my wife when she called him, sprinting through the grass and up the deck stairs to get the treat she had for him.

On his last day, before the final trip to the vet, I carried him to the back yard for one more roam. Nearly blind, his walk was a stagger now, his sessions of sprinting a memory. As I allowed him a few minutes on the land that was the kingdom that he ruled, a large rabbit stood nearby, standing guard.

The rabbit didn’t move, or flinch. There was no running. I looked at him with curiosity. It was as if he could tell that Cooper couldn’t see him, couldn’t initiate the chase – the chase that our friend ran with ferocious passion for 16 years.

I imagined that the rabbit stood stationary as a silent salute to a foe who could no longer compete. A salute of job well done. Life well lived. A race well run.

Cooper was born May 2003 with the original name, ironically enough, of Moxie. After unsuccessful stints in two previous homes, he was adopted with love by my daughter Gabrielle on May 12th, 2007. Her Mom paid the adoption fee. From that day, he continued to keep us on our toes until his peaceful passing on April 5th of this year.

We will never be the same.

3 thoughts on “A Portrait of Relentless”