My eleven year old son lost a tooth the other night in what has been a succession of lost teeth over the last few weeks. The only difference with this one is the tooth fairy forgot to  slip some money under his pillow in exchange for the tooth (damn short term memory).

This led to a discussion with Mom about, well, how Mom and Dad actually are the tooth fairy. Over the initial shock, he seemed to take it pretty well. Since his reaction was less than explosive, my wife took it a step further… to include Santa and the Easter Bunny.

At first, I couldn’t believe she was doing it. I think both my son and daughter are growing up too fast as it is, and I wasn’t sure if telling him that Santa and his reindeer are fiction was the greatest idea.

I thought, in the past,  maybe my writing partner Gabrielle would spill the beans to her brother about Santa and his holiday crew (she has an affinity for the Great Pumpkin). Impressively, she kept it tightly under wrap.

Turns out he suspected it, anyway. Although Suzie and I have always made a big fuss about leaving cookies and milk for Santa and seeing hoof prints from the reindeer in the snow, the little boy spied gifts from Santa he unwrapped on Christmas Day in the back of a mini van in a department store bag.

I know they’re growing up. I know the concept of “being realistic” is setting in.

I knew they weren’t going to believe forever.

Tooth fairy or not…there’s some things Dad thinks they have to believe:

I want them to believe in themselves. Without self confidence, the world can be a hard place. Even if they don’t feel confident, I’d like to see them fake it. Until they are. With a good dose of confidence, their opportunities will open right up. 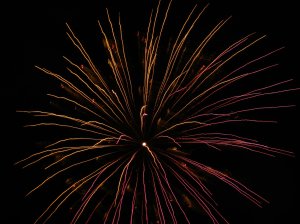 I want them to believe that they will always have something to offer the world. Because they do. I’ve already posted of my daughter’s budding talents in art, writing, and photography. My son already has a martial arts black belt, and is honing his skill in baseball. They have the ability now to help and inspire others if they want to.

I want them to believe that no matter how many times they get knocked down, they can always get back up. Dad can tell them a little about rejection. I work with it every day. The sting of rejection goes away the more you deal with it.  If you’re not meeting some resistance, you’re not doing anything of consequence.

I want them to believe there are no shortcuts. The very best way to win, do a task, fulfill a dream, achieve a goal is desire: to want it just a little bit more than the next guy (or girl) and give maximum effort to do it.

It’s a very simple solution that their great grandparents could have taught them. Just outwork everybody else.

I want them to believe, no matter what, Mom and Dad will always have their back. Enough said here. My wife and I could not imagine loving anyone more. We’ve got your back.

I want them to believe that no matter how old they get, living the dream is always possible. Even if they get caught up in the cycle of education, getting a job, paying the bills, wrestling with the mortgage, and wondering if a retirement is even possible… they can always believe in something more, no matter what “it” is.

Even if you’re in your forties and you still wonder what you may be when you finally grow up…you’ve still got time.

That’s my case. What do you believe in?

14 thoughts on “What Do You Believe In?”